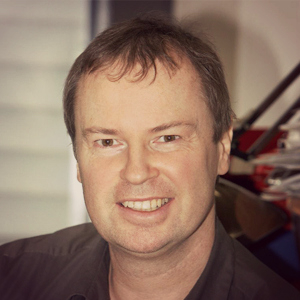 Professor Peer Bork is senior group leader and joint head of the Structural and Computational Biology unit at EMBL, a European research organization with headquarters in Heidelberg where he also serves as strategic head of bioinformatics. In addition, he holds an appointment at the Max-Delbrück-Center for Molecular Medicine in Berlin.

Dr. Bork received his PhD in Biochemistry (1990) and his Habilitation in Theoretical Biophysics (1995). He works in various areas of computational and systems biology with a focus on function prediction, comparative analysis and data integration. He has published more than 500 research articles in international, peer-reviewed journals, among them more than 60 in Nature, Science or Cell.

According to ISI (analyzing 10 years spans), Dr. Bork was for many years the most cited European researcher in Molecular Biology and Genetics and is among the top 5 worldwide in Biochemistry and Biology. He is on the editorial board of a number of journals including Science and functions as senior editor of the journal Molecular Systems Biology.

Dr. Bork co-founded five successful biotech companies, two of which went public. More than 35 of his former associates now hold professorships or other group leader positions in prominent institutions all over the world. He received the "Nature award for creative mentoring" for his achievements in nurturing and stimulating young scientists and was recipient of the prestigious "Royal Society and Académie des Sciences Microsoft award" for the advancement of science using computational methods. Dr. Bork obtained two competitive ERC advanced investigator grants and is elected member of both the German national academy of sciences (Leopoldina) and the European molecular biology organization (EMBO).