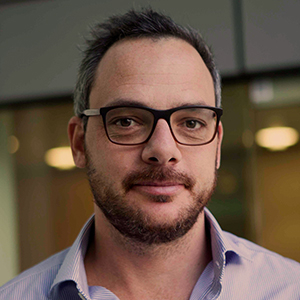 Philipp Kukura read Chemistry at St Hugh’s College Oxford until 2002 and did a PhD at the University of California, Berkeley with Rich Mathies in ultrafast spectroscopy before moving to ETH Zurich to work with Vahid Sandoghdar in nano-optics. After returning to Oxford initially as an EPSRC Career Acceleration Fellow in 2010, he was elected to a tutorial fellowship at Exeter College in 2011 and promoted to Full Professor in 2016. Recent awards include those by the Royal Society of Chemistry (Harrison-Meldola 2011 and Marlow 2015), the European Biophysical Society Association (Young Investigator Medal 2017), a Royal Society Wolfson Research Merit Award (2018), the Klung-Wilhemy Award (2018) and selection as a UK Blavatnik Award Finalist (2018) and Laureate (2019). PK leads an interdisciplinary research group supported by ERC Starting and Consolidator grants that focusses on the development and application of new optical methodologies to study biomolecular structure, dynamics and interactions, their role in controlling protein function and resulting avenues for therapeutic intervention. A particular focus is on the detection, imaging and mass measurement of single biomolecules in solution in the form of mass photometry.