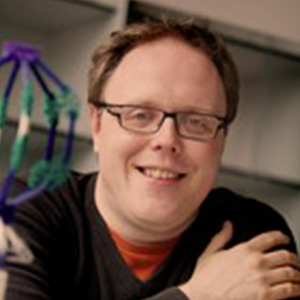 He obtained his Master in Bioscience Engineering (2000) and PhD (2005) within the Biosystems department (Group Science and Technology) of the KULeuven. During his FWO postdoc period he conducted research at the Shemyakin-Ovchinnikov institute (Prof. Vadim Mesyanzhinov, Moscow) and the University of Guelph (Prof. Andrew Kropinski, Canada).

His lab performs fundamental molecular microbiological research, inspiring novel biotechnological and antimicrobial technologies. They have pioneered research in conceiving and developing ArtilysinsTM, a major breakthrough in enzyme-based killing of Gram-negative bacteria. Their current fundamental research has been described in the State-of-the-Art section and has focused on the Pseudomonas/phage interplay. The introduction of comparative RNAseq & metabolomics, as well as previous groundbreaking work in phage diversity by genome sequencing & proteomics of bacteriophages. This research formed the basis for a successful ERC consolidator application, which will focus on applying their systems’ biology insights towards developing Synthetic Phage Modulators (SPMs) to engineer the bacterial metabolism of Pseudomonas aeruginosa.

During his scientific career, he's managed to establish a strong, internationally oriented profile, having served as chair of the International Committee for Taxonomy of Viruses (ICTV) committee on the taxonomy of bacterial viruses. Currently, he also serves as president-elect of the International Society for Viruses of Microorganisms. Within the field of bacteriophage therapy he was (co-)founder of P.H.A.G.E., a European non-profit organization focusing on legislative/regulatory issues concerning bacteriophage therapy. In addition, He's been closely involved in the organization of several conferences and has presented over 50 keynote/invited lectures including those at several international conferences.