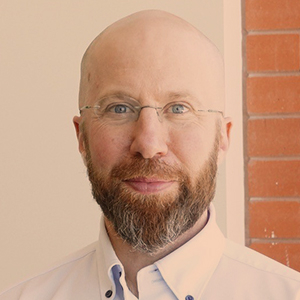 Dr. Robert E. Campbell is a Professor in the Department of Chemistry, University of Alberta (2003 - present). He earned his Ph.D. in Chemistry with Martin Tanner at the University of British Columbia in 2000 and undertook postdoctoral research at the University of California San Diego in the lab of the late Roger Y. Tsien (2008 Nobel Prize). He is a leading developer of optogenetic tools, including red fluorescent Ca2+ indicators used in labs around the world. He has distributed >5000 samples of optogenetic tools through the Addgene plasmid repository and many others are distributed as viral vectors. Recent recognitions include a Stanford Neurosciences Institute Visiting Scholar Award (2017), the Teva Canada Limited Biological and Medicinal Chemistry Award (2016), the Rutherford Memorial Medal from the Royal Society of Canada (2015), and the Boehringer Ingelheim Research Excellence Award (2014). He has 10 patents awarded or pending.