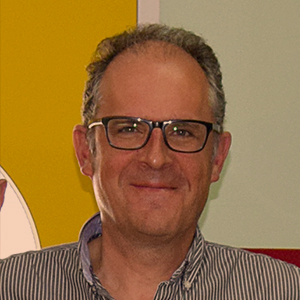 I obtained my PhD in Biology in 1995 in the University of Alcala de Henares (Madrid; Spain) working on the molecular characterization of MYB transcription factors from Petunia hybrida under the supervision of Prof. J. Paz-Ares.

From 1996 to 1999, I joined the laboratory of Prof. Joseph Ecker in Philadelphia where I worked on the characterization of the ethylene signalling pathway in Arabidopsis thaniana. I found that ETHYLENE-INSENSITIVE3 (EIN3) encoded the first member of a new family of transcription factors, the EIN3/EIL family. I also identify ERF1, a transcriptional target of EIN3/EILs, which activates defence gene expression. Our work on these two transcription factors (EIN3 and ERF1) provided the first description of the nuclear events in ethylene signalling.

In 2000, I joined the National Centre for Biotechnology (CNB) in Madrid where I got a permanent position to lead a research group on jasmonate signalling in the department of Plant Molecular Genetics. In 2005, I became research associate and in 2009, full professor. From 2004 to 2010, I also headed the Genomics facility of the CNB.

Since 2000, I have focused my research activity on the elucidation of the molecular components and mechanisms that underlie jasmonate signalling in plants and its role in defence. More recently I become interested on evolutionary aspects of jasmonate biology using the model liverwort Marchantia polymorpha. This research activity has lead to more than 70 scientific publications, with more than 9000 citations. I have been a Highly Cited Researcher (Thomson-Reuters) since 2014. In 2016, I was elected an EMBO member.