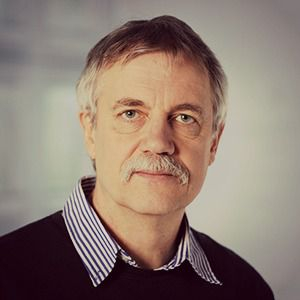 Ruedi Aebersold is a Swiss and Canadian scientist trained as a cell biologist at the Biocenter of the University of Basel. He completed his education at the California Institute of Technology. He holds an appointment as Professor at the ETH (Swiss Federal Institute of Technology) Zurich, with a joint appointment at the University of Zurich, Switzerland. He has served on the faculties of the Universities of British Columbia and Washington and co-founded the Seattle Institute for Systems Biology. He participates as a member of Scientific Advisory Boards for a number of academic and private sector research organizations and serves as senior editor for the journals Molecular and Cellular Proteomics and Molecular Systems Biology. He has co-founded several companies and was the chairman of the biology/disease related branch of the human proteome project of HUPO till December 2014.

The research focus of his group is the proteome. The group has pioneered several and important and widely used development in proteomics, including stable isotope based proteome quantification, open access/open source software and statistical tools supporting proteomic analyses, targeted proteomics for the generation of accurately quantitative, reproducible datasets and chemical cross linking/mass spectrometry for the analysis of proteins in their cellular context. The work has been recognized with numerous awards and prizes. More than 35 trainees of the group have reached faculty status at leading research institutions in the US, Canada, Australia, Europe and China.