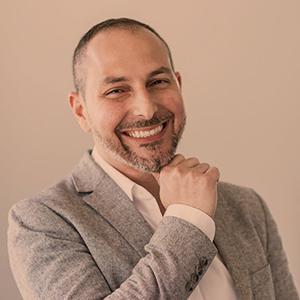 Samuel Inverso is an interdisciplinary leader with more than eighteen years of experience in technology and life sciences. He has overseen more than $30 million in funding from pharma, universities, and the federal government. At ReadCoor, he is engaged in corporate and business development. He manages collaborations with pharmaceutical and research institutes, including a Bill & Melinda Gates Foundation award and partnership with WAVE Life Sciences.

Prior to being a founding team member of ReadCoor, he was a Staff Engineer at the Wyss Institute at Harvard University. At the Wyss, he contributed to analysis algorithms and bioinformatics for Fluorescent in situ Sequencing (FISSEQ) and is a co-author on the seminal 2014 Science paper. In addition, he was co-PI (with George Church) on a multi-million-dollar multi-year IARPA MICrONS project to use FISSEQ to map the neural circuits of a mouse brain at the synaptic level. The role included managing a large team of staff, postdocs, graduate students, and research assistants in interdisciplinary fields from molecular biology and engineering in a large consortium that included MIT, CSHL, and Columbia.

Inverso received his Bachelor of Science and Master of Science in Computer Science from the Rochester Institute of Technology. He has a Ph.D. in Neuroscience from the Australian National University and Postdoctoral training in Alzheimer’s Disease at the Institut Pasteur.