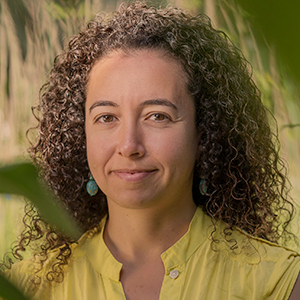 Sara Mitri is Assistant Professor at the Department of Fundamental Microbiology at the University of Lausanne, a position she has held since 2017. Her group studies synthetic microbial communities composed of few species and how these species interact with one another and evolve over time. Sara began her career in computer science, and during her PhD worked on the evolution of communication in groups of robots. A subsequent postdoc in the group of Kevin Foster allowed her to develop her interest in microbial ecology and evolution. In 2015, she started her own group at the University of Lausanne where she moved from studying single bacterial species to disentangling small communities. Perhaps because of her computational background, her group follows an interdisciplinary approach, combining experiments with mathematical and computational models. In the lab, they mainly works on a community of industrial oil degraders. One of the ambitions of their research is to understand the mapping between inter-species interactions and community function, and how to harness this understanding to optimize oil degradation.