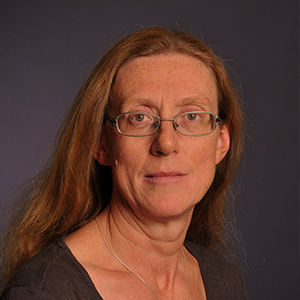 Dr Butcher is Head of the Bioinformatics Data Science Group in the Department of Surgery and Cancer, Imperial College London. A biologist by training, she has a degree in Applied Biology from Imperial College London and a PhD in cellular immunology from the MRC National Institute for Medical Research in London. Following postdoctoral work in the NERC Institute of Virology and Environmental Microbiology in Oxford she started her bioinformatics career in the Oxford University Bioinformatics Centre, which she later managed for 4 years. She came back to Imperial in 2002 to set up the Bioinformatics Service. The group was set up to provide sequence-based bioinformatics support, training and facilities for researchers and has grown to provide a wider ranging service, including software development, and data management solutions including LIMS and tissue banking data infrastructure. Since 2015, the emphasis has been moving more towards bio-medical research and the group are integrally involved in providing the large compute infrastructure for the UK Med-Bio Project.