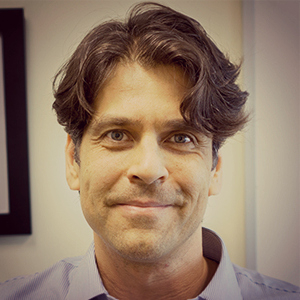 Sean Cutler received his Ph. D. in Biological Sciences from Stanford University in 2001. He started his own research group as an Assistant Professor at the University of Toronto in 2002 and then moved to the University of California, Riverside in 2007, where he is currently a Professor of Plant Cell Biology.

His research uses chemical and synthetic biological approaches to understand the mechanism of action of the plant stress hormone abscisic acid (ABA), which is synthesized in response to drought and other unfavorable environmental conditions. Dr. Cutler’s laboratory co-discovered a family of receptor proteins that bind to ABA and relay its stress associated signal so that protective responses, such as reduced water use, can be enacted; this discovery was selected as a runner-up for the 2009 breakthrough of the year by Science magazine. He and co-workers hold numerous patents for mitigating the effects of drought using plants harboring modified ABA receptors or through the use of synthetic chemicals that activate ABA receptors. These latter compounds are being developed with industrial partners as next-generation agricultural chemicals that can be used to reduce crop water consumption and improve yields during conditions of drought.

He has received multiple awards including the International Plant Growth Substances Association's Distinguished Research Medal (2015), the American Society of Plant Biology’s Charles Albert Shull Award (2011), and the Valent Bioscience's Young Scientist Award (2010); he has served as an editor for multiple book and journal publications and currently serves on the editorial board of The Plant Cell.