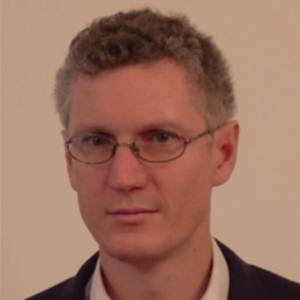 Who I am: I have been at Imperial College since 2004, as head of the Neural Coding Laboratory in the Department of Bioengineering. My first degrees were in Electrical & Computer Systems Engineering, and Physics, from Monash University in Australia. I obtained my D.Phil. in the area of computational neuroscience, under Prof Edmund Rolls at Oxford. I then undertook postdoctoral research in experimental neuroscience at New York University (with Tony Movshon) and University College London (with Michael Häusser).

Research Interests: My main interest is in "reverse engineering" the information processing architecture of the brain. Specifically, I investigate the basic principles of information processing in cortical circuits. I take an "engineering approach" which involves both doing experiments (in mice), together with theoretical work to help us understand the data from these experiments. On the experimental side, we use two-photon microscopy, optogenetics and electrophysiology to measure (and perturb) patterns of neuronal activity in vivo. On the theoretical side, we develop new algorithms for analysing the resulting data (particularly making use of Information Theory), and develop models to help us interpret it.

I believe that understanding the functional principles of cortical circuits is crucial to understanding, and treating, the effects of brain disorders. I am particularly interested in changes in cortical circuit properties during dementias such as Alzheimer's Disease, and have recently launched a project in my laboratory focussed on this.