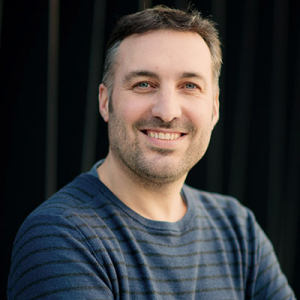 Prof. Stein Aerts has a multidisciplinary background in both bio-engineering and computer science. During his PhD he was trained in bioinformatics, and during his Postdoc he worked on the genomics of gene regulation in Drosophila. Stein now heads the Laboratory of Computational Biology at the VIB Center for Brain & Disease Research and the KU Leuven Department of Human Genetics. His lab focuses on deciphering the genomic regulatory code, using a combination of single-cell and machine-learning approaches. His most recent scientific contributions include new bioinformatics methods for the analysis of single-cell gene regulatory networks, namely SCENIC and cisTopic. Aerts co-founded the Fly Cell Atlas consortium and generated a single-cell atlas of the ageing Drosophila brain (scope.aertslab.org). Stein holds an ERC Consolidator Grant and was awarded the 2017 Prize for Bioinformatics and Computational Science from the Biotech Fund and the 2016 AstraZeneca Foundation Award Bioinformatics.