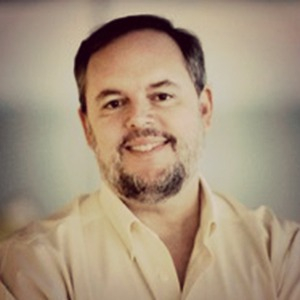 Stephen Elledge is the Gregor Mendel Professor of Genetics and Medicine in the Department of Genetics at Harvard Medical School and the Department of Medicine at Brigham’s and Women’s Hospital and is an Investigator with the Howard Hughes Medical Institute. He received his B.S. degree in chemistry from the University of Illinois in 1978 and his Ph.D. degree in biology from the Massachusetts Institute of Technology in 1983. He performed post-doctoral studies in the Department of Biochemistry at Stanford University. He was on the faculty in the Department of Biochemistry at the Baylor College of medicine from 1989-2003 when he moved to Harvard Medical School. He has received many awards and was elected to the National Academy of Sciences in 2003. He was the recipient of the 2010 Dickson Prize in Medicine, the 2012 American Italian Cancer Foundation Prize, the 2013 Rosenstiel Award for Distinguished Work in the Basic Medical Sciences and the 2013 Gairdner Foundation International Award. Dr. Elledge’s research interests center on the study of proteins that regulate the cell cycle, ubiquitin mediated proteolysis He identified several key components of the basic cell cycle regulatory machinery including Cdk2, p21CIP1 and Beckwith-Weideman protein p57KIP2. His research also focuses on the proteins that safeguard the genome by monitoring the presence of DNA damage. He discovered what is known as the DNA damage response (DDR) pathway, a protein kinase cascade-based signal transduction pathway that senses DNA damage and orchestrates a complex response to promote repair of the damage. Dr. Elledge has also made significant contributions to the understanding of regulated protein stability through discovery with colleagues of the SCF pathway that controls the regulated ubiquitin-mediated proteolysis of key regulatory proteins. The SCF pathway has been shown to be of broad significance in cancer and biology in general. More recently, he has developed technologies to perform genetic screens in mammalian cells to explore genes that contribute to or combat cancer. Most recently, he has developed technologies to interrogate the humoral immune response.