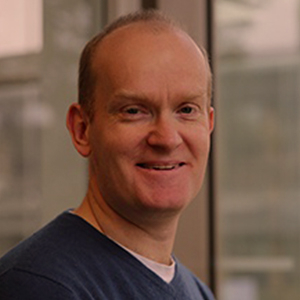 Dr Steven Newhouse is head of the Technical Services cluster that brings together all the teams responsible for delivering IT at EMBL-EBI encompassing over 80 staff and an annual budget of around UKP 12M. He is part of the Executive Committee coordinating the work of the ELIXIR Compute Platform and participates in many of the EU-funded EOSC projects such as EOSCpilot and EOSC-Hub.

Previously, he was a Program Manager in the High Performance Computing group in the Windows Server division at Microsoft, USA. At Microsoft he managed access to the Windows Computer Cluster Server product from non-Windows environments; primarily through the Open Grid Forum's (OGF) High Performance Computing Basic Profile (HPCBP) specification. Between

Before starting at Microsoft in 2007, he was Director of the Open Middleware Infrastructure Institute UK (OMII-UK), and on the management or supervisory boards of several major centres and projects within the UK e-Science programme. Previously, he was the Sun Lecturer in e-Science in the Department of Computing at Imperial College London and Technical Director of the London e-Science Centre (LeSC), also based at Imperial, where he did his early research into the modelling of underwater acoustics using high performance computing resources.