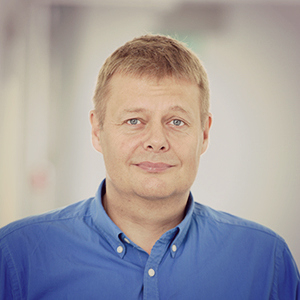 Sven Panke received his degree in Biotechnology from the Technical University of Braunschweig in 1995 after work at the German National Research Centre for Biotechnology (Braunschweig, with K. Timmis) and the Centro de Investigaciones Biologicas (Madrid, Spain, with V. de Lorenzo). He received his PhD in 1999 from ETH Zurich, Switzerland, for his work on the production of fine chemicals with recombinant bacteria with Bernard Witholt and Marcel Wubbolts. After a two year-stay in the biocatalysis group of the pharma product group of the Dutch chemical company DSM (Geleen, The Netherlands), he returned to ETH in 2001 as an Assistant Professor for Bioprocess Engineering. After receiving tenure in 2007, he moved to the newly founded ETH Department of Biosystems Science and Engineering in Basel. His main research topics include integrated reaction-separation systems, high-throughput screening, and synthetic biology. His work was awarded with the ETH Medal and the DSM Research Award.