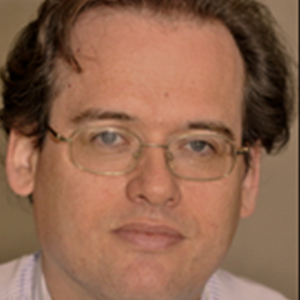 Dorus Gadella (1964) did his PhD in biochemistry (1991) in Utrecht on fluorescent phospholipids and lipid transfer proteins and he became postdoc at the Max Planck Institute for Biophysical Chemistry (1991-1994) in Göttingen, Germany, during which he co-developed and implemented frequency-domain fluorescence lifetime imaging (FLIM) for studying cell signalling phenomena (EGF-receptor oligomerization). In 1994-2001 he was postdoc and assistant professor in the departments of biochemistry and of molecular biology at Wageningen University where he worked on fluorescence imaging of plant-rhizobium bacterium interactions. In 2001 he was appointed full professor and chairman of Molecular Cytology at the University of Amsterdam. He founded the Centre for Advanced Microscopy in 2004 and co-founded the van Leeuwenhoek Centre for Advanced Microscopy (LCAM, 2009) of which he is director. In the Gadella lab, the focus is on developing functional imaging methods for studying and understanding cell signalling phenomena, mainly GPCR-triggered signalling and the relation to generating gradients in cells driving cellular migration. We developed bright enhanced monomeric fluorescent proteins (SBFP2, SGFP2, SYFP2, mTurquoise2, mScarlet and large-stokes shift FPs), we made several enhanced sensors (for heterotrimeric G-proteins, small GTPases, phospholipases and (lipid)-kinases) and we further develop functional imaging techniques such as fast FLIM, TIRF-FLIM, spinning disk-FLIM,FCCS and image correlation spectroscopy, spectral imaging, ratio-imaging and live-cell super-resolution techniques.