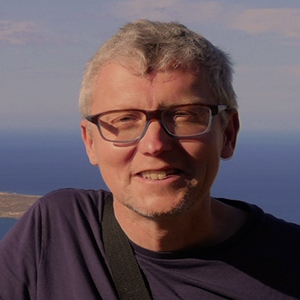 Thierry Heitz did his academic studies at Strasbourg University in France, starting with a Bachelor in Biochemistry and Physiology. He chose to specialize in Plant Physiology due to interest in all green living things, to obtain a Master degree in Plant Molecular Biology in 1990. He was then awarded a government fellowship to undertake doctoral studies at IBMP, a major Plant Biology unit of CNRS in Strasbourg, under the direction of Michel Legrand and Bernard Fritig. His first research topic was on the characterization of Pathogenesis-Related (PR) proteins in the hypersensitive response of tobacco, with particular focus on a new type of microbial proteinase inhibitor.

After obtaining his PhD in early 1994, this training led him to get interested in the reference model for proteinase inhibitor induction at that time, which was the wound response in tomato, as a mimick of herbivore insect attack. This response was discovered in pioneering studies by Clarence (Bud) Ryan at Washington State University, USA, whose lab Thierry Heitz joined for a post-doctoral stay until end of 1995. His work there was devoted to the characterization of the first genes encoding chloroplastic LOX enzymes, that would act upstream in jasmonate biosynthesis and that he found to be wound- and systemin-regulated.

He was then hired as a permanent researcher at CNRS, and back at IBMP, his goal was to bridge defense signaling pathways against microbial attacks, at that time dominated by salicylic acid, and those fighting wound/herbivore damage, for which jasmonate signaling became prominent. This led Thierry to his first jasmonate measurements in the late 1990’s in TMV-infected tobacco with early tools provided in the E. Weiler lab (Bochum, Germany), in the context of the characterization of a tobacco patatin-like lipid acyl hydrolase (LAH). He then implemented a wider research program to investigate functionally pathogen-inducible LAHs in Arabidopsis defense. Doing this, he identified a patatin (PLP2) that, instead of directly feeding fatty acids into JA synthesis, plays an essential role in cell death execution.

The real jump into the JA metabolic world occurred in 2010 when independent knowledge, analytical tools and opportunities prompted him to investigate CYP94 involvement in JA-Ile oxidation and to identify simultaneously to 2 other labs the first inactivation pathway for this hormone. Owing to the power of coregulation tools, the group of Thierry Heitz then identified a second JA-Ile clearing pathway through conjugate hydrolysis, that also unveiled an indirect route to generate 12OH-JA via conjugated intermediates. Recently, he identified an additional oxidation route as soluble Jasmonic Acid Oxidases (JAO) that divert directly JA into 12OH-JA, and defines an essential mechanism attenuating JA-Ile signaling under non-stimulated conditions.