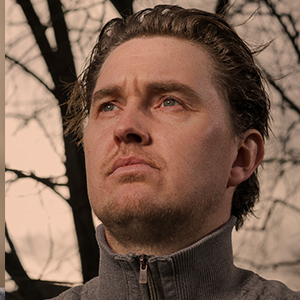 After a brief postdoctoral stay at the Radboud University in Nijmegen (The Netherlands), he moved to Uppsala University (Sweden) in 2006, where he was appointed as associate professor at the Department of Cell and Molecular Biology in 2014. In 2019, he was appointed as chair professor at Wageningen University. His research group has a broad research focus and works on a variety of scientific questions connected to microbial diversity and evolution that cover all three Domains of Life, as well as viruses. One overarching theme in his research involves the origin of complex cells types (eukaryotes). Recently, his group discovered a new group of archaea, the ASGARD archaea, providing new, compelling evidence that complex cellular life evolved from an archaeal ancestor that was more advanced than was presumed before.

Thijs Ettema is the recipient of the 2007 Kluyver award by the Royal Dutch Society for Microbiology, he was named ‘Future Research Leader’ by the Swedish Foundation for Strategic Research in 2012, and was elected EMBO Young Investigator by the European Molecular Biology Organization in 2016. His research is, amongst others, funded by the European Research Council.