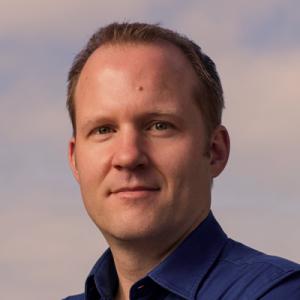 Wolfgang Busch is a Professor in the Plant Molecular and Cellular Biology Laboratory, as well as in the Integrative Biology Laboratory at the Salk Institute for Biological Studies in La Jolla, California. He is also an Associate Adjunct Professor at the University of California, San Diego. His work focuses on understanding which genes, genetic networks, and molecular processes determine root phenotypes. For this, his laboratory exploits natural genetic variation in the model plant Arabidopsis and uses a systems genetics approach that combines large-scale phenotyping, genome wide association studies, genetics, and genomics to find and characterize genes, their alleles, and the genetic networks that ultimately determine root growth. Dr. Busch, together with his fellow plant biology faculty colleagues, has founded the Salk Harnessing Plants Initiative, which researches and develops plant varieties with enhanced carbon sequestration capabilities for removing CO2 from the atmosphere and thereby counteracting climate change. He serves as the co-executive director of the Initiative.

Dr. Busch obtained his undergraduate and PhD degrees in Biology from the University of Tübingen, Germany, conducting his PhD work at the Max Planck Institute for Developmental Biology in Tübingen. He received his postdoctoral training at Duke University before he joined the Gregor Mendel Institute of Molecular Plant Biology in Vienna as a group leader in 2011. He moved to the Salk Institute in 2017. Dr. Busch has published more than 70 scientific papers and received multiple international awards, including the Genome Web Young Investigator Award in 2014 and the SEB president’s medal in 2015.