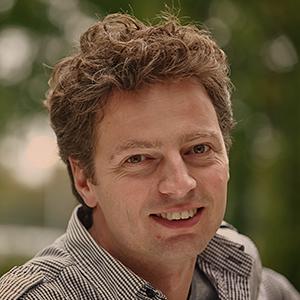 Wouter de Laat (Hubrecht Institute, Utrecht, Netherlands) studied biology at the Utrecht University Utrecht. During his PhD (1998) at the Erasmus University Rotterdam (Prof. Jan Hoeijmakers) he investigated the molecular mechanism of nucleotide excision repair. He identified one of the nucleases and characterized the interplay between repair factors at the site of the lesion. As a postdoc, he joined the group of Prof. Frank Grosveld to work on beta-globin gene activation. In 2000 he received a career grant (VIDI) to work on long-range gene activation. His group pioneered the use of 3C technology to provide first evidence for chromatin looping between genes and enhancers, uncover looping dynamics during development. They were the first to show that chromatin loops are mediated by transcription factors, including CTCF. His group developed 4C technology to uncover long-range DNA contacts within and between chromosomes and they showed that these technologies are also powerful in DNA diagnostics, for the discovery of chromosomal rearrangements. In 2008 he received an ERC Young Investigator Grant, moved his group to the Hubrecht Institute, was appointed professor in Biomedical Genomics at the University Medical Center Utrecht and elected as an EMBO member. He received a VICI Dutch career grant in 2012. Wouter de Laat is founder of Cergentis, a biotech company that provides services and kits for complete gene sequencing based on its proprietary Targeted Locus Amplification (TLA) Technology.