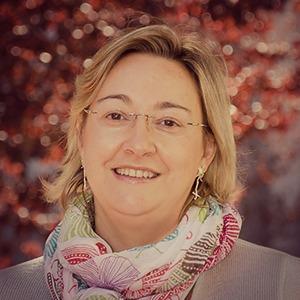 Angela Nieto is Full Professor and Head of Developmental Neurobiology at Instituto de Neurociencias (CSIC-UMH) in Alicante, Spain. She received her PhD in 1987 (Universidad Autónoma, UAM, Madrid) after working on protein-nucleic acid interactions in nucleosomes and ribosomes. In 1988, she moved to the Instituto de Investigaciones Biomédicas (CSIC-UAM) also in Madrid to study programmed cell death in lymphocytes. In 1989 she moved to the National Institute for Medical Research in London where she isolated a number of genes involved in the morphogenesis of the vertebrate embryo. In 1993, she obtained a position of Staff Scientist at the Cajal Institute in Madrid. From then on, she has led a research group interested in studying cell movements and plasticity. In particular, her group has studied the epithelial to mesenchymal transition (EMT) and her main contribution has been the impact that the reactivation of this developmental program has in adult disease, including tumor progression, fibrosis and bone growth and mineralization. She is the President of the Spanish Society for Developmental Biology, a member of the Board of Directors of the International Society of Differentiation, the Spanish delegate in EMBL-EMBC and Vice Chair of EMBL Council. She serves at the Editorial Boards of EMBO J, EMBO reports; Current Opinion in Genetics and Development; Mechanism of Development; Gene Expression Patterns and Trends in Genetics. She was elected EMBO member in 2000 and Member of the Academy of Europe in 2009.