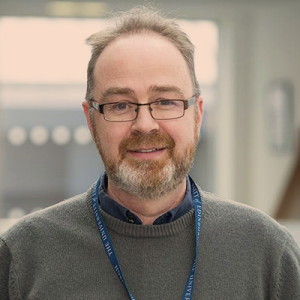 Professor Chris Ponting is Chair of Medical Bioinformatics and a Principal Investigator at the MRC Human Genetics Unit, Institute of Genetics and Molecular Medicine. Chris started his research in particle physics before moving via biophysics to bioinformatics and genomics. Aside from one year at the National Centre for Biotechnology Information (NIH, Bethesda, MD), he pursued his research at the University of Oxford before moving to Edinburgh in 2016. His research group has made substantial contributions to protein science, evolutionary biology, genetics and genomics. Early in his career he discovered many important protein domain families. He then provided the first evolutionary analyses for mammalian genomes whilst leading protein analysis teams for the human and mouse genome sequencing projects. More recently, his research established that 8.2% of the human genome is constrained, and thus is likely functional. As an Associate Faculty member of the Sanger Institute, Chris was one of six co-founders of the Sanger/EBI Single Cell Genomics Centre. Together with Thierry Voet and Iain Macaulay, his group published on “G&T-seq” an approach which sequences both the DNA and RNA from the same cell. As part of the HBP, his group has identified markers for mouse CNS cell types and is currently interested in taking advantage of such data to infer the cellular origins or consequences of neurological disorders.