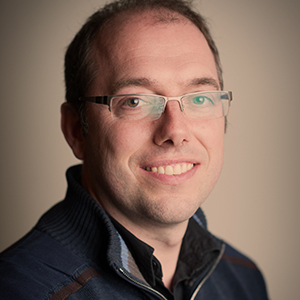 Han Remaut received his PhD at Ghent University - Belgium in 2003 and spent his post-doctoral years at Birkbeck College - UK, studying pilus assembly in Gram-negative pathogens together with Gabriel Waksman. He joined VIB and the Vrije Universiteit Brussel as an Odysseus fellow and VIB Young PI in 2009, where he heads the research group Structural & Molecular Microbiology. His groups interests go out to bacterical cell surfaces and their role in host-microbe interactions. Focus points are the secretion and mode of action of adhesive and self-organizing organelles in human pathogens such as E. coli and Helicobacter pylori. These insights are used to develop new antibacterials that suppress bacterial virulence as well as for the generation of bio-based materials.