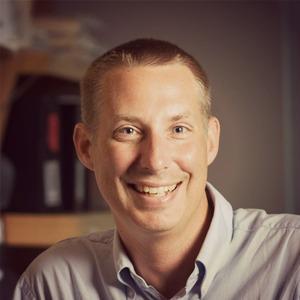 Dr. Rathmell studies mechanisms by which extracellular cues influence lymphocyte death and differentiation in efforts to control inflammatory diseases and leukemia. Following undergraduate studies on Biology at the University of Northern Iowa, his earned a PhD in Immunology on B cell tolerance and death mechanisms at Stanford University. In postdoctoral studies at the University of Chicago and University of Pennsylvania, he showed that lymphocyte metabolism was dynamically regulated by growth factors and controls apoptotic mechanisms.

He began at Duke University in 2003 and is currently an Associate Professor of Pharmacology and Cancer Biology and Immunology, as well as a member of the Duke Molecular Physiology Institute. At Duke, Dr. Rathmell has shown that glucose uptake and metabolism in T cells are highly dynamic and critical in the metabolic reprogramming and survival of both effector T cells and leukemic cells. Dr. Rathmell also showed that suppressive regulatory T cells do not undergo this transition and instead continue to rely on oxidative metabolism. This fundamental metabolic distinction may now allow selective immune modulation. Dr. Rathmell continues to examine the regulation of metabolic programs of lymphocytes in immunity and inflammatory disease as well as leukemia using metabolomics approaches and genetically modified mice to target metabolic pathways in vivo. In addition to laboratory work, Dr. Rathmell is an editor of the Journal of Clinical Investigation, and the Director of Graduate Studies in Pharmacology at Duke University.