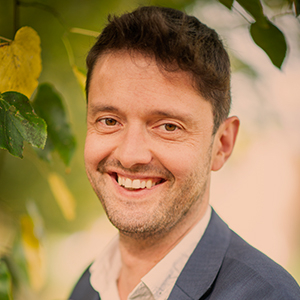 Prof. Jeroen Raes (m) is full professor at KU Leuven since 2013 and VIB group leader since 2009. His group currently consists of 30 scientists, with expertise in bioinformatics, systems biology, clinical research and microbiology. He has a substantial track record in microbiome research and has been pioneering the analysis and integration of meta-omics datasets (metagenomics, metatranscriptomics, metaproteomics, meta-metabolomics) with environmental, clinical, host omics and dietary data. He was involved in the FP7 MetaHIT and NIH Human Microbiome Project (the latter as only European partner), which laid the foundations for the human microbiome field as it is today. Finally, his lab is performing a wide range of disease-related projects in a.o. IBD, diabetes, cancer, IBS and depression and develops novel approaches and tools for microbiome research. Jeroen Raes coordinates the Flemish Gut Flora project, a large-scale microbiome- focused population cohort in Belgium, and is bioinformatics coordinator in the Tara Oceans project performing large-scale meta-omics analysis of plankton communities. He has received multiple awards and recognitions, among which a selection as FWO Odysseus Fellow, a Francqui Chair and selection for Cell journal’s “40 under 40” promising young scientists. His 2011 paper in Nature was selected by Science as part of their “Top 10 breakthroughs of the year 2011”..