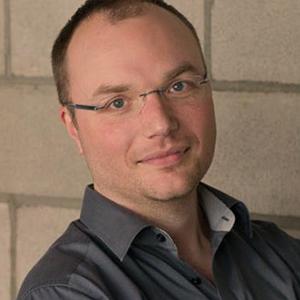 Frederic Rousseau and Joost Schymkowitz both obtained their PhD in 2001 from the University of Cambridge (UK) where they worked on mechanisms of protein folding in the laboratory of Sir Alan Fersht. Both then moved to the European Molecular Biology Laboratory in Heidelberg (Germany) where they did postdoctoral work in the laboratory of Luis Serrano. There they contributed to the development of several structural modeling tools. Frederic and Joost moved back to Belgium where they started the Switch lab, at the Flanders Institute for Biotechnology (VIB) at the University of Leuven. Here they conduct research on mechanisms of protein misfolding and aggregation. The research of the Switch Lab endeavors to advance biological science via a combined approach of computational modeling and biophysical and cell biological experimentation. Specifically Switch investigates how sequence composition determines the structure of protein aggregates as well as their specificity, their mode of interaction with molecular chaperones and their toxicity to cells. Model systems are selected from disease cases, with a focus on neurodegerenation and cancer.