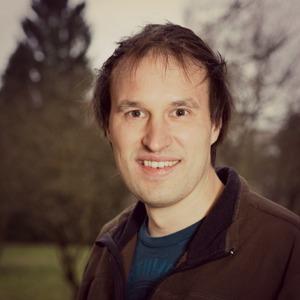 Dr Karsten Hiller is an FNR-ATTRACT fellow and the head of the Metabolomics Group at the Luxembourg Centre for Systems Biomedicine. He obtained his diploma in Biology and Computer Science and performed his PhD in Bioinformatics and Microbiology at the University of Braunschweig, Germany and focused on the development of algorithms for the analysis of metabolomics data. Later on, he had an appointment as a postdoc in the group of Gregory Stephanopoulos at the department of Chemical Engineering, MIT where he worked on stable-isotope assisted metabolomics and cancer metabolism. His current work focuses on cellular metabolism in the context of inflammation and neurodegeneration and he is specifically interested in the role of metabolism during disease development and progression.

In addition to standard metabolomics procedures, his group applies and develops stable-isotope assisted and non-targeted technologies to highlight the dynamic (flux) dimension of metabolism. In complement to metabolic flux analysis, this approach provides a non-targeted fingerprint of enzyme-activities and has successfully been applied to unravel not expected metabolic features.