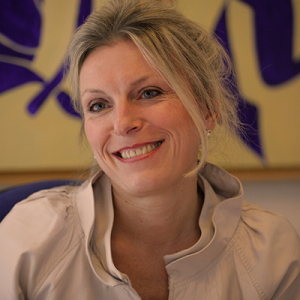 Pr L. Zitvogel, MD (clinical oncology), PhD (tumor immunology), PU-PH Faculty Paris Sud, University Paris XI (Clinical Biology), graduated in Medical Oncology from the School of Medicine of the University of Paris in 1992. She started her scientific career when she was at the University of Pittsburgh in the USA in Michael Lotze’s laboratory. She became Research Director at Institut National de la Santé et Recherche Médicale U1015, and Scientific Director of the Immuno-Oncology program at Gustave Roussy, the largest cancer Center in Europe. She has been actively contributing to the field of cancer immunology and immunotherapy, and she brought together basic and translational research, including the design of cancer therapies through combined animal studies and Phase I/II patient trials. Her expertise is mainly dendritic cell and innate effector biology and relevance during tumour development as well as exosome-based vaccine designs. She pioneered the concept of immunogenic cell death and showed that chemotherapy, radiotherapy and inhibitors of tyrosine kinase mediate their tumoricidal activity, at least partly through the immune system. Her team discovered the critical role and impact of gut microbiota in cancer immunosurveillance and therapies. She was the recipient of many awards including the National Academy of Medicine, the Translation Research INSERM Prize, the ASCO-SITC, the Brupbacher Awards 2017 and the ESMO Immuno-Oncology Award 2017.