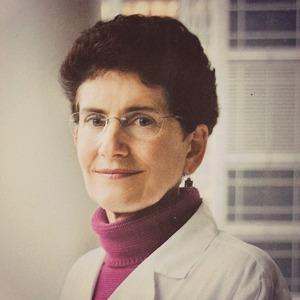 M. Celeste Simon, PhD is the Scientific Director of the Abramson Family Cancer Research Institute (AFCRI) of the Perelman School of Medicine at the Univ. of Penn.

She received her bachelor's degree from Miami Univ. and completed a PhD in biochemistry at Rockefeller Univ. in 1985. She conducted postdoctoral research with Joseph Nevins at Rockefeller and then Stuart Orkin at Harvard Medical School. Dr. Simon became an Asst. Professor of Medicine/Molecular Genetics and Cell Biology at the Univ. of Chicago in 1992. In its first National Competition, she was named an Asst. Investigator of the Howard Hughes Medical Institute in 1994, remaining an HHMI investigator for 20 years, until August 2014.

In 1999, Dr. Simon moved to the University of Penn School of Medicine and was one of the founding laboratories of the newly formed AFCRI there. She was promoted to Assoc. Professor of Cell and Developmental biology in 1999, and full Professor in 2006. In 2007, she became the Scientific Director of the AFCRI.

Dr. Simon's research is focused on how cells sense and respond to changes in the availability of molecular oxygen and nutrients.