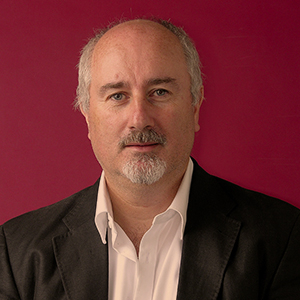 Professor Paul French received his BSc (Hons) degree in physics in 1983 and his PhD in laser optics in 1987 from Imperial College, London. Since 1999 he has been a Professor in the Photonics Group of the Physics Department at Imperial College London, where he was a Royal Society University Research Fellow from 1989 until 1994 when he joined the academic staff, serving as Head of the Photonics Group from 2001-2013. He has also worked at the University of New Mexico (1988) and at AT&T Bell Laboratories, Holmdel, NJ (1990/91) and has a satellite laboratory at the Francis Crick Institute. His research has evolved from ultrafast dye and solid-state laser physics to biomedical optics with an emphasis on fluorescence lifetime imaging (FLIM) for applications in molecular cell biology, drug discovery and clinical diagnosis. His current portfolio includes the development and application of multidimensional fluorescence imaging technology for super-resolved microscopy, automated high content analysis, endoscopy and tomography, with open source approaches to image data acquisition and analysis. Biomedical applications include label-free imaging and metrology of tissue autofluorescence, automated multiwell plate FLIM and FRET of cell signaling processes and preclinical imaging using optical projection tomography and endomicroscopy.