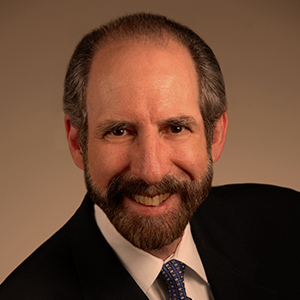 Ronald N. Germain received his M.D. and Ph.D. from Harvard University in 1976, the Ph.D. for research with B. Benacerraf, recipient of the 1980 Nobel Prize in Physiology and Medicine. Since that time, he has investigated basic immunobiology, first on the faculty of Harvard Medical School and, since 1982, as the Chief, Lymphocyte Biology Section in the Laboratory of Immunology and now as Chief of the Laboratory of Systems Biology and Acting Chief, Laboratory of Immunology, at the National Institute of Allergy and Infectious Diseases, National Institutes of Health. Over the years, he and his colleagues have made key contributions to our understanding of Major Histocompatibility Complex (MHC) class II molecule structure–function relationships, the cell biology of antigen processing, and the molecular basis of T cell recognition. More recently, his laboratory has been focused on the relationship between immune tissue organization and control of adaptive immunity studied by utilizing novel dynamic and static in situ microscopic methods that his laboratory helped pioneer. Dr. Germain has published nearly 400 scholarly research papers and reviews. Among numerous honors, he was elected as an Associate (foreign) member of EMBO (2008), an AAAS Fellow (2012), elected to the National Academy of Medicine, USA (2013), received the Meritorious Career Award from the American Association of Immunologists (2015), and was elected to the National Academy of Sciences, USA (2016). He has presented numerous named lectureships at major academic institutions in the US and abroad and has been designated an NIH Distinguished Investigator. He serves as an associate or advisory editor of the J Exp Med, eLife, Immunity, Current Biology, Mol Systems Biol, Int Immunol, BMC Biology, and Nature Scientific Reports and has previously served as Deputy Editor of J Immunol and Editor, Immunity. He helped co-found the NIH Immunology Interest Group and Systems Biology Interest Group and has served as Associate Director for the trans-NIH Center for Human Immunology (CHI). He has trained more than 70 postdoctoral fellows, several of whom hold senior academic and administrative positions at leading universities and medical schools around the world.