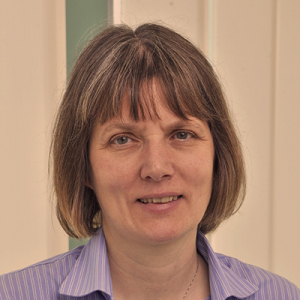 Sally Ward completed her Ph.D. research in the Department of Biochemistry, Cambridge University, under the mentorship of Professor David Ellar. She held the Stanley Elmore Senior Research Fellowship at Sidney Sussex College from 1988-1990 whilst carrying out research in Sir Greg Winter’s laboratory at the MRC Laboratory of Molecular Biology in Cambridge. In 1990 she joined the University of Texas Southwestern Medical Center, Dallas, as an Assistant Professor. From 2002-2014, she was a Professor in the Department of Immunology at the same institution and in 2004 was appointed to the Paul and Betty Meek-FINA Professorship in Molecular Immunology. Since 2014, she has been a Professor at Texas A&M University Health Science Center. She has recently been appointed as the Director of Translational Immunology and Professor of Molecular Immunology at the Centre for Cancer Immunology at the University of Southampton. Professor Ward’s research is directed towards taking a highly interdisciplinary approach to generate effective therapeutics for autoimmunity and cancer. This involves a combination of antibody/protein engineering, fluorescence microscopy and in vivo studies in mouse models of disease. In 2010, she was the founding co-organizer of the Antibody Biology and Engineering Gordon Research Conference.