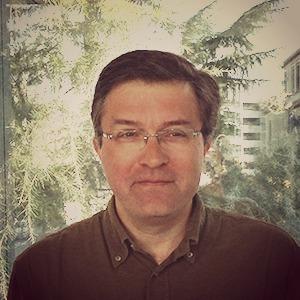 Stefano Indraccolo is group leader at Istituto Oncologico Veneto - IRCCS, a comprehensive cancer center in Padova, Italy. He graduated in Medicine and Surgery at the Medical School of the University of Padova, Italy in 1990, followed by a 4-year post-graduate training in Oncology at the University of Padova. Between 1992-1993, he spent almost two years as research fellow at the Institute of Molecular Virology, Helmholtz Zentrum, Munich, Germany. After his return to Italy, he was employed as researcher and group leader at National Cancer Institute (IST) of Genova.

Stefano Indraccolo's scientific activity spans an almost 20-year period, and focused on Experimental Immunology and Oncology. Following the M.D., he initially participated to studies on the mechanisms of B cell activation during immunodeficiency and their implications for lymphoma development. In the 90's, he conducted studies in the field of gene therapy of cancer, focusing initially on issues related to the improvement of retroviral vectors and subsequently on the delivery of anti-angiogenic genes for gene therapy of cancer.
In the last ten years, Stefano Indraccolo has contributed to the field of tumor angiogenesis by understanding the mechanisms of angiogenesis-dependent tumor dormancy and uncovering the role of NOTCH signaling in the regulation of tumor dormancy and by investigating the metabolic effects of VEGF blockade in experimental tumors.

He is author of >100 papers in ISI-JCR referenced journals, with >2000 citations and an H-index of 28. Reviewer for more than 15 journals (including Cancer Res, CCR, Oncogene, PNAS, Blood, Nature Rev Cancer) and several agencies, and has been so far invited to speak in many national and international conferences. He currently holds research grants from AIRC and Ministry of Health and from the pharmaceutical industry.
The Indraccolo lab has recently described a stable modulation of glycolysis in tumors treated with anti-VEGF drugs and is currently investigating the possible mechanisms behind this metabolic shift and possible therapeutic implications of this observation.