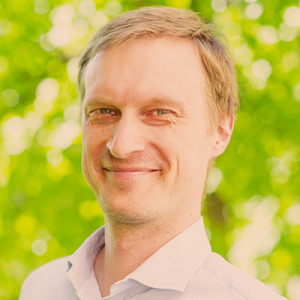 Sten Linnarsson took his PhD in 2001, studying neurotrophic factors regulating neuronal survival, growth and plasticity. Instead of a postdoc, he founded a company to develop methods for gene expression analysis and single-molecule DNA sequencing. In 2007, he was appointed assistant professor and in 2015 Professor of Molecular Systems Biology at Karolinska Institute. He was awarded the 2015 Erik K. Fernström Prize for his work in single-cell biology, and is a member of the European Molecular Biology Organization (EMBO), the Organizing Committee of the Human Cell Atlas initiative and the Nobel Assembly at Karolinska Institutet.

Since 2007, Linnarsson has pursued single-cell biology with the ultimate aim to discover the complete lineage tree of the developing human nervous system. To achieve this goal, his group pioneered single-cell RNA sequencing, RNA single-molecule FISH, and advanced computational methods.

In 2011, Linnarsson showed that cell types could be directly discovered and distinguished de novo, by unbiased sampling and sequencing of large numbers of single cells, without use of previously known markers. In his pioneering 2011 Genome Research paper, he laid the conceptual foundation for the single-cell genomics field, envisioning “the future use of very large-scale single-cell transcriptional profiling to build a detailed map of naturally occurring cell types, which would give unprecedented access to the genetic machinery active in each type of cell at each stage of development.”

He has made important contributions to single-cell technology: unique molecular identifiers (UMIs) for accurate quantification; Patch-seq for combined electrophysiology, morphology and transcriptomics; RNA velocity to extract dynamic information from snapshot measurements, and more. In a series of recent papers he has used these methods to explore the mouse nervous system, including the dorsal root ganglion, the cortex, hippocampus, midbrain, and hypothalamus; in each case discovering previously unrecognized cell types displaying specific transcriptomic identities.