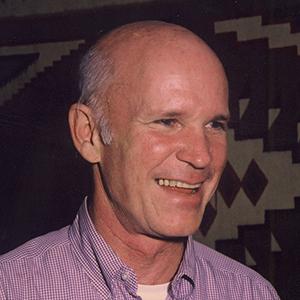 Steven McKnight received his PhD degree in 1977 at the University of Virginia. Since then he has held positions at Carnegie Institution of Washington, Fred Hutchinson Cancer Research Center, and the Howard Hughes Medical Institute before founding the biotech company Tularik Inc. Since 1995, Steven McKnight is Professor and Chairman at the Department of Biochemistry, at UT Southwestern in Dallas, USA. Over the past four decades he has used a variety of methods to study a wide range of biological phenomena. As a student he studied gene anatomy in fruit fly embryos by use of Oscar Miller’s technique of chromosome spreading and electron microscopy. As a postdoctoral fellow he pioneered studies on cis-regulatory sequences essential for transcription initiation. As a young independent scientist he discovered important DNA binding motifs, such as the leucine zipper. In the late 1990’s his group discovered the HIF2α transcription factor as well as the family of prolyl-hydroxylase enzymes that modify the HIF proteins under normoxic conditions leading to their rapid degradation. Later on his group studied as well yeast and stem cell metabolism, and neurogenesis. Most recently he has been studying the low complexity sequences ubiquitously associated with transcription factors and RNA regulatory proteins. Ever since the discovery of regulatory proteins three decades ago, the field has been both intrigued and stymied by the enigma of unfolded domains characterized by the repetitive use of only a small distribution of amino acids. His group found that these LC sequences polymerize into amyloid-like fibers. Unlike pathogenic amyloids, these LC domain polymers are labile to depolymerization. His lab is investigating the hypothesis that the polymerization of the thousands of LC domains associated with transcription factors and RNA regulatory proteins is used to create an “informational cytoskeleton” responsible for the properly organized flow of information from gene to message to protein.