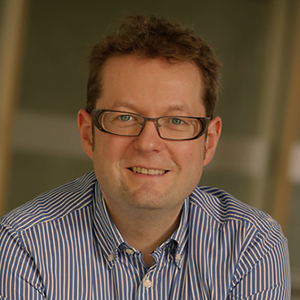 Thierry Voet holds a Master of Science in Bioscience Engineering: Cell- and Gene Biotechnology from the University of Leuven (KU Leuven, Belgium), and an inter-university post-graduate in Human Genetics. He obtained his PhD in the Department of Human Genetics (KU Leuven), and performed postdoctoral research within VIB (Flemish Institute for Biotechnology) and SymBioSys (KU Leuven) – pioneering single-cell microarray analyses. In 2010, he joined the Cancer Genome Project at the Wellcome Trust Sanger Institute (WTSI, UK) to explore next-generation sequencing technologies for single-cell genomics. Since 2011, he is an Associate Faculty member at WTSI, and a founding member of the Sanger-EBI Single-Cell Genomics Centre. Since 2014, he is Associate Professor at KU Leuven following a 5-year tenure track. In 2017 he was appointed Full Professor at KU Leuven. He focuses on (1) the development of methods for single-cell (epi)genomics and transcriptomics. (2) The application of these methods to study the nature, extent and biology of cellular heterogeneity in development and disease.