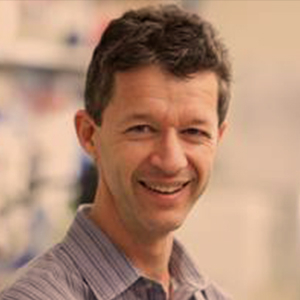 Zoltan (Zolt) Arany, MD, PhD is Associate Professor of Medicine and Director of the Cardiovascular Metabolism Program at the Perelman School of Medicine at the University of Pennsylvania. Dr. Arany graduated Summa Cum Laude from Harvard College. He received his Medical Degree from Harvard Medical School and his doctoral degree from the Harvard Graduate School of Arts and Sciences. After his doctoral studies, Dr. Arany completed internal medicine residency training at the Massachusetts General Hospital, followed by fellowship training in Cardiology at the Brigham and Women’s Hospital, and post-doctoral research fellowship at the Dana Farber Cancer Institute, in Boston. He joined the University of Pennsylvania as Associate Professor of Medicine in 2014.

Dr. Arany’s laboratory focuses on the mechanisms that underlie metabolic pathophysiology in the cardiovascular system. He focuses on linking investigations of cardiac and vascular physiology in model organisms to clinical data and observations, and taking a multidisciplinary approach, spanning from molecular biology and numerous ‘omic approaches to model organisms and human clinical studies. Recent focus in Dr. Arany’s laboratory has included the role of the vasculature in the development of diabetes, and of maternal cardiac disease during and after pregnancy. Dr. Arany is also an active clinical cardiologist, teacher, and mentor.

Dr. Arany is a recipient of several awards including the American Heart Association Established Investigator Award in 2012, the Hal Dvorak Young Investigator Award in Translational Research, and the prestigious Inaugural Yale Calabresi Prize in 2014, given to Dr. Arany in recognition for his work on cardiovascular metabolism. He was recently elected to the American Society of Clinical Investigators. Dr. Arany has published more than 90 research papers in prominent journals such as New England Journal of Medicine, Nature, Cell, PNAS, Cell Metabolism, and Genes & Development. Dr. Arany is regularly invited to speak nationally and internationally on his basic and translational research in cardiovascular metabolism. He has also received a number of teaching and mentoring awards.