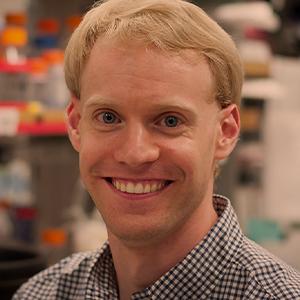 Dr. Kruse is a Professor of Biological Chemistry and Molecular Pharmacology at Harvard Medical School., His research focuses on the structure and function of transmembrane receptors, with an emphasis on using antibody fragments as tools to interrogate receptor function.

He began his independent career as an Assistant Professor at Harvard Medical School in 2014. Key research accomplishments include defining the structural basis for agonist action at the angiotensin II type 1 receptor and other GPCRs, cloning the sigma-2 receptor, and determining the first structure of a tetraspanin protein and showing how it regulates B cell activation. Dr. Kruse’s lab developed a single-domain antibody fragment discovery platform that has now been distributed to more than 400 academic labs and has been licensed to four pharmaceutical companies. Dr. Kruse has received awards including an Amgen Young Investigator Award (2019), an Alfred P. Sloan Research Fellowship (2017), a Vallee Scholars Award (2016), and an NIH Directors Early Independence Award (2015). He received B.S. degrees in Mathematics and Biochemistry from the University of Minnesota in 2009, and completed a Ph.D. in Structural Biology at Stanford University in 2014, where he trained with Dr. Brian Kobilka.