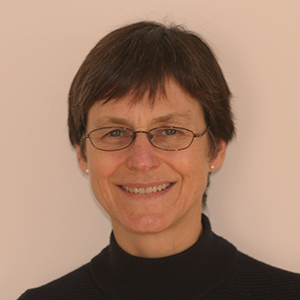 Dr Angela E Douglas is the Daljit S. and Elaine Sarkaria Professor of Insect Physiology and Toxicology at Cornell University. Following a BA in Zoology from Oxford University, and PhD in Microbiology from Aberdeen University, UK, she conducted postdoctoral research at the University of Oxford and University of East Anglia, UK. Angela was then awarded a 10-year Royal Society Research Fellowship during which she developed a research program on intracellular symbiosis in insects, including the first direct physiological evidence that symbiotic bacteria provide aphids with essential amino acids, nutrients in short supply in the aphid diet of plant phloem sap. Following the fellowship, Angela was a faculty member at the University of York (UK) where she was promoted to a Personal Professorial Chair. Angela took up her current position at Cornell University in 2008. Her current research focus is intracellular bacterial symbiosis and gut microbiomes in insects, combining research on fundamental mechanisms with application of these systems as a model for human microbiomes and as a target for the control of insect pests. In addition to research publications and scientific reviews, Angela has authored books, including Symbiotic Interactions (1994), The Symbiotic Habit (2010), the 5th edition of R.F. Chapman’s Insect Structure and Function co-edited with Stephen Simpson (2013), and Fundamentals of Microbiome Science (2018).