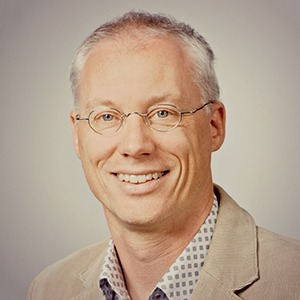 Bernhard Küster is a chemist by training and obtained his PhD in Biochemistry from the University of Oxford. He went on to do a PostDoc funded by an EMBO long-term fellowship at the EMBL in Heidelberg and the University of Southern Denmark in Odense. After seven years at the biotech firm Cellzome, he became full professor of Proteomics at the Technische Universität München in 2007 where he is also the Chair of the Department for Biosciences and Co-Director of the Bavarian Biomolecular Mass Spectrometry Center.

Bernhard’s research focuses on mass spectrometry based proteomics and its application to chemical and systems biology. He has published numerous papers on large-scale protein-protein interaction studies and on systematic protein-drug interaction profiling, notably kinase inhibitors. His team continues to develop proteomic technologies and has recently provided a draft map of the human proteome that serves as a starting point for the exploration of the human proteome and its application to drug discovery and personalized medicine.