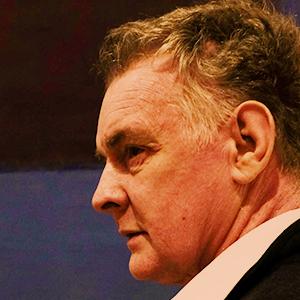 Colin Goding completed a PhD in virology at the National Institute for Medical Research, London, UK, working on adenovirus DNA replication. He then moved as a Post-doc to Pierre Chambon’s lab in Strasbourg, France, where his interest in gene regulation developed. At the Marie Curie Research Institute he continued working on how genes are regulated, both in S. cerevisiae, as well as in melanocytes and melanoma. His work revealed how transcription factors could discriminate between different classes of binding motif, and identified the basis for regulation of melanocyte-specific genes. In 2008 he moved to the Ludwig Institute for Cancer Research, University of Oxford, UK to take up the position of Professor of Oncology where he continues to examine the role of signaling and transcription in melanoma biology. He has made a major contribution to understanding the molecular mechanisms underpinning melanoma cell plasticity and developed the concept of phenotype-switching that drives metastatic dissemination and therapy resistance. More recently he uncovered the critical role of translation reprogramming in cancer progression, and has identified a key regulator of lipid homeostasis as a major determinant of phenotypic identity. He was elected EMBO member in 2008 and Director of the Oxford Stem Cell Institute in 2015.