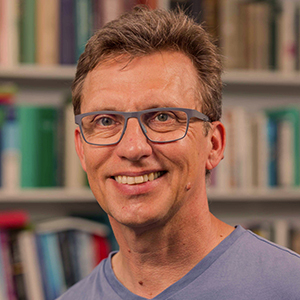 The first major finding from his lab was that an Arabidopsis thaliana gene could dramatically accelerate flowering of trees; this established a proof of concept for Arabidopsis genetics as a platform for biotechnological discoveries. His group later discovered the first plant microRNA mutant and identified the factor that we now know to be the long sought-after mobile flower-inducing signal. Detlef was one of the first to exploit natural genetic variation for understanding how the environment affects plant development. In recent years, his work in evolutionary genetics and genomics has focused on plant immunity and epigenetics. In addition to hypothesis-driven research, his group has a long history of providing new technologies and resources to the community. This has culminated in an effort to sequence the genomes of over 1000 natural A. thaliana strains (The 1001 Genomes Project).

Detlef has an extensive record of service to the scientific community, having served on several editorial and advisory boards. He is a forceful advocate of open access publishing, and founding Deputy Editor of eLife. He is a co-founder of three biotech startups, including the bioinformatics service provider Computomics and the human metagenomics company CeMeT.