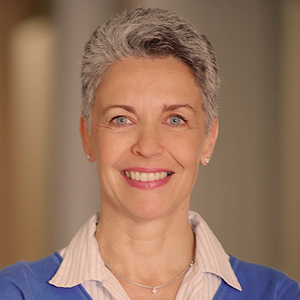 Elisa May is the director of the Bioimaging Center of the University of Konstanz in Germany. She was born in Genova, Italy, and moved to Germany to study Biochemistry at the University of Tübingen as a fellow of the German Academic Exchange Service (DAAD). After accomplishing her PhD on archeabacterial photo receptors at the Max-Planck-Institute for Biochemistry in Martinsried in 1988, she started a PostDoc in Molecular Toxicology at the University of Konstanz. After receiving her Habilitation in Toxicology and Cell Biology in 2005, she continued as a PI studying the response of the cell nucleus to stress and damage with the help of advanced light microscopy. In 2008 she was appointed head of the newly founded light microscopy core facility. She is the founding chairwoman of “German BioImaging – Society for Microscopy and Image Analysis” which developed 2017 from the DFG-funded national network of imaging core facilities “German BioImaging”. Elisa is the German national coordinator for Euro-BioImaging, the pan-European infrastructure project for biomedical imaging. In her research work, she develops novel nonlinear photo manipulation techniques for the study of the DNA damage response. She has two children and lives with her family in Konstanz.