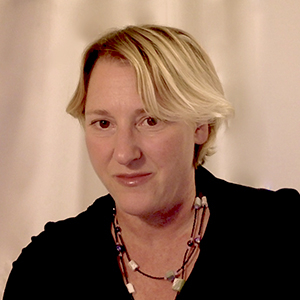 Dr. Ilaria Nardello is the Executive Director of the "European Marine Biological Resources Centre (EMBRC-ERIC)", a distributed, pan-European Research Infrastructure consortium, aiming to respond to the societal Grand Challenges through advanced marine biology and ecology research. In her role, she provides strategic leadership and support in setting the vision, plan and development strategies for EMBRC-ERIC and is the head of the central management office, based in Paris.

A bio-optical oceanographer with thirteen years of research experience between the USA and the EU, she participated in various oceanographic expeditions to explore the world’s oceans, including to the Southern Ocean and Antarctica. She later focused on facilitating industry-university collaboration and developing specific practices to support technology-based innovation ecosystems, at the regional, national and trans-national level. Appointed as the Coordinator of the Irish Marine Biotechnology Programme between 2009 and 2013, and later as the “Industry Research Specialist” at the “National University of Ireland Galway”, she went on to be a founding member and acted as chief executive officer of the "Biomarine International Clusters Association” (B.I.C.A.), created under the auspices of "Prince Albert II Foundation", in Monaco, to develop and organise the economic value of sustainable and innovative value-chains from marine bioresources.

A natural scientists graduated from the University of Florence, in Italy, she holds a Ph.D. in Ecology and Management of the Biological Resources. She acts as an advisor in international committees at the interface between policy and science, including the European Commission (EC) and is an author in "Renewable Matter”, an international magazine on the bioeconomy and circular economy.