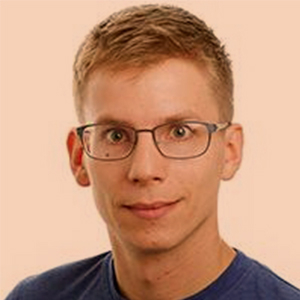 My goal is to peer into the brain and see how a neuron processes information. As an undergraduate (2004-2008) I studied Artificial Intelligence, Neuroscience, and Cognitive Science at the University of Toronto. I was attracted by developments in microscopy that allowed us to record atomic units of brain activity - synaptic currents and spikes - at ever-increasing scales. I dreamed of precisely reading out activity patterns and synaptic weights from brain neurons and mapping them onto artificial neurons, building quantitative models of how neurons compute and learn. With better tools, could we bridge gaps between neuroscience and artificial intelligence?

In 2009 I joined the lab of Kurt Haas at the University of British Columbia, working on tools for what we would come to call 'comprehensive imaging': imaging synaptic activity throughout the entire dendritic arbor of a neuron at high speed. We developed microscopes, fluorescent markers, and data analysis methods for comprehensive imaging in tectal neurons of awake Xenopus tadpoles. In winter 2013-2014 I visited Mark Schnitzer's group at Stanford, where I learned techniques for in vivo imaging in mice. In 2015 I joined Janelia, where my lab is developing methods for comprehensive imaging of neurons in mouse cortex.