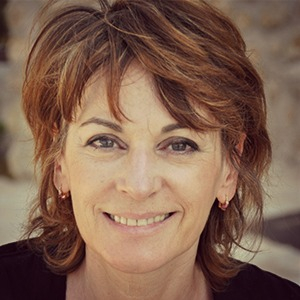 Dr. P. Agostinis (PA) received her master in Biology at the University of Padova (Italy) and her PhD in biomedical science at the KU Leuven, Belgium, where she became first Research Associate of the Flemish Research Council (FWO) and then Professor at the KU Leuven. Since 2000 PA is the group leader of the Cell Death Research & Therapy lab, at the Department of Cellular & Molecular Medicine of the KU Leuven, and in 2008 she became Full Professor at the same Institution. Dr. P. Agostinis has been elected as a member of the Board of Directors of the European Cell Death Society (ECDO) and of the International Cell Death Society (ICDS, New York), the two major societies in the field of cell death.

The PA team is one of the leading group investigating the molecular mechanisms of endoplasmic reticulum stress based and therapy-induced immunogenic cancer cell death. PA team revealed the unprecedented biological function of key ER stress sensors in inter-organellar contact sites and contributed to the molecular understanding of trafficking/emission of damage associated molecular patterns (DAMPs) and other immunomodulators towards the extracellular environment and their in vivo role in antitumor immunity. Recently, PA lab documented that immunogenic cell death mediated by ER stress can be harnessed to develop novel and clinically relevant, next-generation dendritic cell-based immunotherapies for brain tumors. PA group is currently developing new anticancer vaccines based on the concept of immunogenic cell death and exploring the crosstalk between angiogenesis and anti-tumor immunity in melanoma.