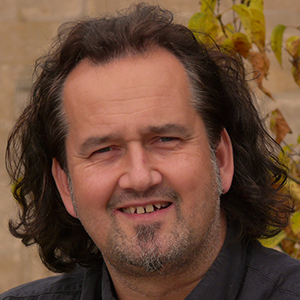 Ralf Palmisano is a molecular biologist and laser spectroscopist buy education, who became dedicated to all aspects of light microscopy. He obtained his doctorate in 2004 working on hemoglobin mRNA and utilising methods such as FRET and Excitation-Emission-Spectroscopy.

In his first post-doc year he was a research fellow at King’s College London, where he was involved in human age related neuronal disease research like Alzheimer’s disease and the role of APP.

He successfully applied for a temporary PI grant investigating the shuttling of transcription factors in planta using photoactivatable GFP and two-photon microscopy and for this returned to the University of Bielefeld. In addition he kept working on APP’s. After the end of his PI grant, he became responsible for the confocal unit at the Faculty of Biology , University of Bielefeld and also was a part time research fellow at King’s College London again. In 2007 he became the light microscopy facility manager at Kennedy Institute of Rheumatology initially at Imperial College, London then University of Oxford. Here he was working on cancer cell migration and in particular on the role of MT-MMPs in different matrices.

In 2009 he accepted the position as group leader of the central project imaging within the newly founded Collaborative Research Centre 796 investigating Host-Pathogen Interaction at the Friedrich-Alexander University of Erlangen-Nürnberg (FAU) and also became an affiliated member of the Fraunhofer Institute IIS within that bio-medical imaging department. This he set-up the first imaging platform at the FAU. In 2012 he joined the Sandoghdar Division at the Max-Planck Institute for the Science of Light. In 2013 he was appointed Head of Optical Imaging Centre Erlangen (OICE) and started building up this central institute at the FAU in very close co-operation with the MPL. Ralf is not only passionate about imaging, but also has very early in his career started to help set-up imaging networks within German and on a Pan-European level. He is a Fellow of the Royal Microscopical Society, Member of the Royal Society of Medicine, Member of the Board of Directors of CTLS and became the Speaker of the Advisory Board of the German Society for Microscopy and Image Analysis in 2018.