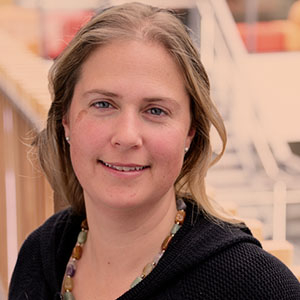 Sarah Teichmann is interested in global principles of regulation of gene expression and protein complexes, specifically in the context of immunity. Sarah did her PhD at the MRC Laboratory of Molecular Biology, Cambridge, UK and was a Beit Memorial Fellow at University College London. She started her group at the MRC Laboratory of Molecular Biology in 2001. In 2013, she moved to the Wellcome Trust Genome Campus in Hinxton/Cambridge, jointly with the EMBL-European Bioinformatics Institute and the Wellcome Trust Sanger Institute (WTSI). In January 2016 she became Head of the Cellular Genetics Programme at the WTSI. Sarah is an EMBO member and a Fellow of the Academy of Medical Sciences, and her work has been recognized by a number of prizes, including the Lister Prize, Biochemical Society Colworth Medal, Royal Society Crick Lecture, EMBO Gold Medal and the Mary Lyon Medal.