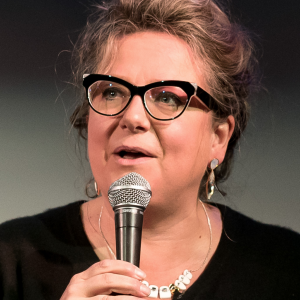 I completed a PhD in Cognitive Science at University College London on the perception and production of rhythm in speech, which was awarded in 1994. I started working at the MRC Applied Psychology Unit, Cambridge in 1993, and I have been based back at UCL as a researcher since 1998. I was awarded a Wellcome Trust Career Development fellowship in 2001, and a Wellcome Trust Senior Fellowship in 2005, renewed in 2010. My research addresses human communication and the human brain, and I am interested in both how our brains support communication and how this can go wrong. I am particularly interested in using models of auditory processing to inform my work, and in addressing both verbal and non-verbal aspects of vocal communication. I have pioneered the study of the human voice as a social signal, and have recently started to address the ways that non verbal emotional expressions like laughter are used socially.

I was promoted to a Chair in Cognitive Neuroscience in 2006, and to Deputy Director of the ICN in 2013. I have published 120 peer reviewed academic papers, and I am a fellow of the Academy of Medical Sciences (2012) and a fellow of the British Academy (2016).