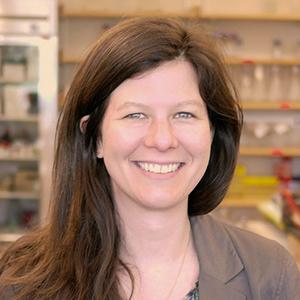 Stirling Churchman, Ph.D. is an Assistant Professor in the Department of Genetics at Harvard Medical School. Using high-resolution sequencing-based approaches, her laboratory investigates how gene expression is regulated from both the nuclear and mitochondrial genomes. Dr. Churchman majored in physics at Cornell University and obtained her doctorate in physics from Stanford University in 2008. She was a postdoctoral fellow with Jonathan Weissman at University of California, San Francisco. Dr. Churchman joined the Genetics Department at Harvard Medical School as an Assistant Professor in 2011. She is also an Associate Member of the Broad Institute of Harvard and MIT. Dr. Churchman received the Dale F. Frey Award for Breakthrough Scientists by the Damon Runyon Cancer Research Foundation (2011), a Burroughs Wellcome Fund Career Award at the Scientific Interface (2011-2016) and was named a New Scholar in Aging by the Ellison Medical Foundation (2013-2017).